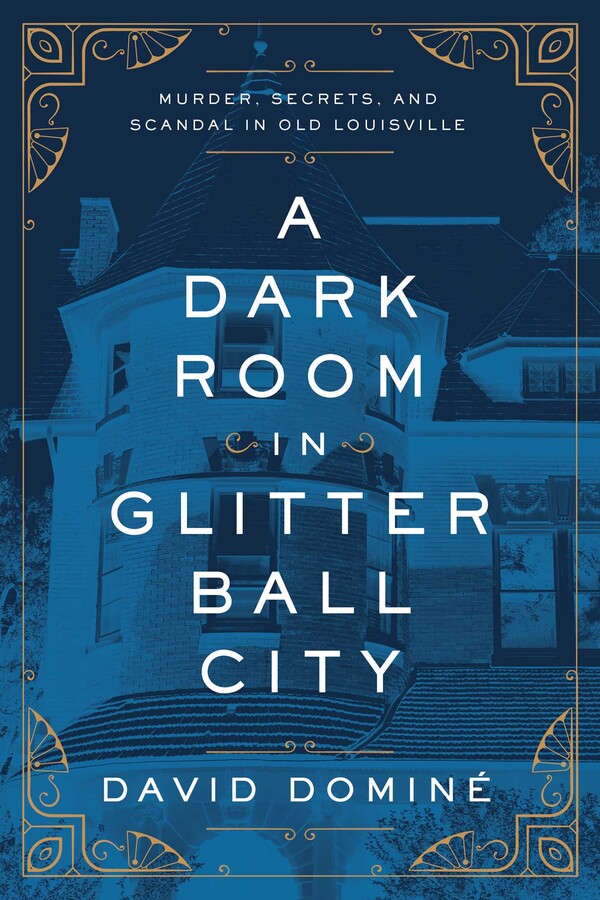 This true crime saga—with an eccentric Southern backdrop—introduces the reader to the story of a murder in a crumbling Louisville mansion and the decades of secrets and corruption that live within the old house’s walls.

On June 18, 2010, police discover a body buried in the wine cellar of a Victorian mansion in Old Louisville. James Carroll, shot and stabbed the year before, has lain for 7 months in a plastic storage bin—his temporary coffin. Homeowner Jeffrey Mundt and his boyfriend, Joseph Banis, point the finger at each other in what locals dub The Pink Triangle Murder.

On the surface, this killing appears to be a crime of passion, a sordid love tryst gone wrong in a creepy old house. But as author David Dominé sits in on the trials, a deeper story emerges: the struggle between hope for a better future on the one hand and the privilege and power of the status quo on the other.

As the court testimony devolves into he-said/he-said contradictions, David draws on the confidences of neighbors, drag queens, and other acquaintances within the city's vibrant LGBTQ community to piece together the details of the case. While uncovering the many past lives of the mansion itself, he enters a murky underworld of gossip, neighborhood scandal, and intrigue.

David Dominé is the author of twelve other books, and he is particularly drawn to writing about the Old Louisville neighborhood, known as much for its Victorian mansions and elegance, as its eccentric, bohemian characters. His paranormal and true crime projects have been featured nationally on shows such as The Dead Files on The Travel Channel, Ghost Hunters on SyFy, and A&E's The First 48. He’s also received coverage in the New York Times, the Economist, Chicago Tribune, and the Washington Post. He lives in Louisville, where he teaches at Bellarmine University.

“Part true-crime mystery, part portrait of Louisville.  When one of the resident eccentrics captures Domine’s attention, the story comes alive. Domine’s passion animates some of the book’s most memorable passages.”

“Dominé provides an enthralling deep dive into a bizarre murder case, enhanced by his eyewitness account of the resulting trials. He gives this colorful case the detailed attention it merits. Fans of Midnight in the Garden of Good and Evil will be captivated.”

"A riveting, layered, and heartrending read that delves as deeply into the storied, curious—and at times scandalous—history of Louisville as it does the horrendous and tragic murder of Jamie Carroll. This expertly crafted and crisply written true-crime novel, part investigative report, and part memoir, had me reading late into the night, alternately biting my nails in anticipation of the next ominous turn, and eagerly awaiting the reentrance of quirky neighbors, eccentric friends, and shifty, clandestine acquaintances. And though much of this grim tale of murder centers around betrayal, intrigue, and mystery, all is not lost. Glimmers of hope still manage to spark off the page."

“'Who knows what Evil lurks in the hearts of men?’ the Shadow used to ask over the radio. Well, in Louisville, David Dominé knows a lot. Not for the faint of heart, A Dark Room in Glitter Ball City explores unspeakable sexual torture and murder for the historic and contemporary horror that it is, without ever losing sight of the rights of non-violent, consenting adults to create their own happiness. Rich with details about Victorian architecture, splendid food, and traditional drink, Dominé's world spins between the poles of pleasant congeniality and murderous cruelty.”

“In the infamously quirky Victorian district of Old Louisville, where southern gentility, charm, and seedy lore drip from every lamppost like the smoothest of Kentucky bourbons, truth is indeed stranger than fiction! In the wicked, true crime vein of Midnight in the Garden of Good and Evil, David Dominé’s A Dark Room in Glitter Ball City conjures an atmosphere of murder and intrigue that is just too heinous and bizarre to be true. Yet it is! Every unbelievable chapter. My advice: Kick up your feet and treat yourself to this fantastic read. And oh, crush some ice and enjoy it with a mint julep or two.”

– James Markert, author of Midnight at the Tuscany Hotel

"David Domine is a treasure finder; discovering the tragic, farcical, infuriating, and heartbreaking backstory of one of Louisville’s most notorious murders. So, grab your favorite bourbon and stiletto heels. It’s going to be a wild ride!"

– Beverly Bell, author of The Murder of Marion Miley

"A shocking and twisted story you need to read. This disturbing tale left me thinking about it long after I stopped reading."

“An ode to the city of Louisville as much as a true telling of a grisly murder case… the tale is engaging and twisty and even hardcore true-crime fans won't be able to put it down.”